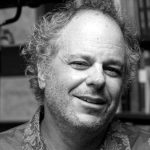 His honesty through these endeavours, their effectiveness, trials, errors, successes, failures is the most important part of his contribution to the movement for change. You can almost think you know him because so much of what he speaks about resonates through the experiences that those engaged in grass roots struggle come up against constantly. He does not shy away from failure but uses it to drive coherent points that will strengthen the next part of the struggle. END_OF_DOCUMENT_TOKEN_TO_BE_REPLACED