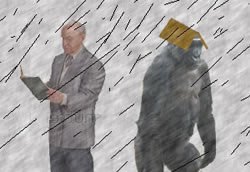 Common sense, comes from the idea that if enough of us believes something through mass experience – that is, when the vast majority of folk “agree” about something that’s what we term “common sense”.
It would seem a reasonable criterion to base a few ideas on anyway.

We can often accept what we are told about different things, without question, sometimes, even with all of our accumulated common sense, that “it’s only human nature”. Everything from minor infringements, to human carnage, can simply be put down to, human nature.

Even in the planets most intelligent animals, common sense, wanes in so many instances – from day-to-day life, scenarios, to ones that threaten our very existence.

Human beings sure are are capable of the most heinous of crimes and the most beautiful acts imaginable, mostly due to our circumstances. So maybe what we need to do, through using common sense, is create the circumstances that will produce the latter and prevent the former. Is that, not human nature to?

In the following we want to look at some of the barriers that prevent us from using our common sense, to think through what we need and how we relate these needs to to each other. All can be learned and shared if we have some vision and common goals to guide us. This project is a nail to hang some ideas on towards these ends.

We can lose a lot of common sense, through 20 years of schooling, through indoctrination and propaganda, The logic of common sense, is diffused by all sorts of things, censorship, entertainment, myth, technology, emotion, dogma, symbols, language, politics history, and mostly fear.

People have lost a lot of faith in their ability to use their common sense. Not because we are stupid, but because the vast machine of power is constantly driving against us in order to stop us exercising common sense. This is testimony to ordinary peoples intelligence, that such extreme measures are needed to distract them from thinking for themselves.

A big problem is than most of our day to day issues are framed in value systems that favour the already rich and powerful. What we need to do is frame the issues within our own understanding and systems of value, for instance ones that reward the people who do the work, not those who manipulate the workers for profit.

Our education system is the same one invented 100 years ago to cater for industrial growth and manning the factories to cater for the wealth of industrial leaders, with the promise of crumbs for the compliant worker. These days are gone, we need to re educate ourselves for the new society, that will be about stemming the destruction, our compliance has allowed. This is not expected to be easy, there will be hardships and sacrifices to be made. But what is the alternative?

A society built on development rather than growth will reconnect our human needs and creativity. A big part of the process towards this is making the community connections, the political connections geographical connections and the historical connections that will create the solidarity and movement building, that will be needed to draw us back from the brink. We can do this through understanding, connecting, learning, participating, in order to formulate and implement new ideas towards a more civilised society.

We live in a country steeped in the traditions of common good and common sense, the former instituted long before parliaments. The Scottish Enlightenment, a philosophy rooted in common sense. We have much in our history that can be used to invoke confidence in building institutions that not only serve our people, but that can be used as templates for others to use, in the struggle to reclaim our planet back from the most backward elements of society.

Cartoon is a mockup of a French cartoonist of the 70s