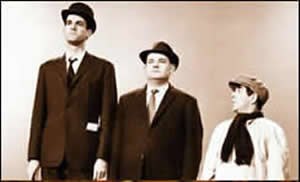 Class war, may seem to some, redundant and of a past epoch, and to others, the empty ravings of those on the left. But the class war, is as virulent throughout our society now as it has ever been. The idea that there is no class conflict and “We are all in it together” has more to do with the propaganda system, than any relation to reality.

It is not the first time the ruling classes in this country have pushed people towards slavery. It happened before much like it is happening today. Ricardo and the economics of Laissez-faire 200 years ago were trying to impose a system like the one that is being tried out now, Survival of the fittest – “If we help people we harm them”. The armies then, spent most of their time quelling riots as the state implemented an economic system onto the population that favoured the rich. The people were also told then. “You do not have the right to live. You have a right to what you gain in the marketplace”. Exactly the same as what is being said today.

History would tell us the working class must first retake political control and responsibility for its own communities and replace the meaningless political discourse of “New Societies” that is sent down from above and replace it with grass roots activities that will create a meaningful and understandable vision built on solidarity that we can then use to fight and win things.

The reason the “class war” is not spoken about in the main stream is because it explains so many of the things that are happening in our communities. The robbing of the poor by the rich; tax evasion of the wealthy, land ownership, the two tier education system.

Some things were probably easier back a few hundred years ago and the battle lines more distinct. They had the money and we wanted to get some of it. It is not as simple now as, the redistribution of financial wealth. It is about how we stop creating it and work toward developing different human value systems that will halt the growth of the money value commodities our planet is dying from. Today’s class war, is a war of attrition inflicted not by bullets [McCormack] but by multi billion propaganda corporations that creates inward thinking when we need outward vision, oppositional politics, when we need understanding, protest when we need organisation. The tools and values may need to change to fight this war but the concept “class war” remains exactly the same as it has done for centuries.

You can change the train carriages from 1st class and 2nd class to Business class and Standard class. Still means the same thing. Some say. “Same wine different bottles”. The class war rages and the tactics being used to wage it now are ideas that Reagan and Thatcher could only dream about.