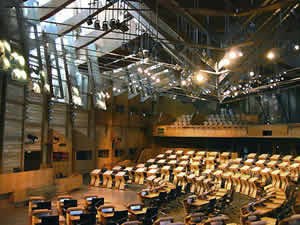 Peoples general tendency is to blame the government for everything that goes wrong. If this was the case maybe we could change things by voting for different people to represent our interests?

We have been attempting to do this in this country for the last 30 or 40 years – what have been the results. Stagnated wages, crippling rents, unemployment, loss of employment rights, longer working hours, job emigration, run down health system, upping retirement age, poverty, homelessness, the list can be extended. There is a lot we can blame the government for?

On the other hand there are powerful corporations and all we have between us and them, is, the government. These organisations are accountable to no one apart from their shareholders. They also exert a powerful influence over government decision, making and in persuading it to protect their interests.

Corporations can move their money business anywhere at any time, as they please. They also receive vast amounts of public monies through tax incentives and through tax evasion. Much of their profits made in this country is shifted to large scale off-shore companies with little return investment.

The other thing we could mention are the recent bail outs to banks and corporations. And this is only the tip of the iceberg The public are aware that they are being shafted but to what extent is information a compliant media, apart from a few exceptions still manage to keep under wraps. (Most large news conglomerates are owned by corporations.)

Corporations need us to hate the government for the right reasons and to love it for the wrong ones. Which is why we are encouraged to hate poor people who defraud the state (dole fraud) and to learn to love the corporations whose tax fraud, in comparison, makes dole fraud look like a spec in the distance.

At least the government offers us some protection from the corporate structure that is accountable to no one. Some of us would like to do away with governments all together and put a better and more representational system in place. But until we have prepared for such times we need to make governments work for “us”

But just voting for someone and “expecting” them to act for us only leaves them open to the manipulation of big business. (Which is the reason all of the parties start to look the same) Voting is only a small part, the job is making sure your chosen representative do the job he or she is employed to do by us and if they don’t we can get rid of them. Only through this direct engagement we will find the experience to do the job ourselves.

The modern Midas
They were so puzzled that they started scratching their heads, but that did no good, even when they all did it together and called it an International Conference. The plain fact is that the governing classes of the world are to ignorant and stupid to be able to think through such a problem and to conceited to ask advice of those who might help them. Bertrand Russell