The history of kings, queens and leaders and the 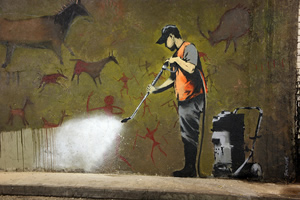 The history of progress is the history of the will of ordinary people.
“There is an underside to every Age about which history does not often speak, because history is written from records left by the privileged. We learn about politics from the political leaders, about economics from the entrepreneurs, about slavery from the plantation owners, about the thinking of an age from its intellectual elite.

It may tell you in the history books the leader who signed the treaty to stop slavery or children being sent up chimneys. (These are things that were acceptable to the ruling class’s at the time). Only a groundswell of revulsion by ordinary people to such practices stopped them. Not the states person (who is accredited in the history books) who signed the bill to ban such practices”.
Howard Zinn A Peoples History of the United States

The history of ordinary people has its roots in common sense, because it has been mainly one of survival and creativity in avoiding the wrath of the masters in a plenary power gained by pillage and rape. The purpose of history in this context is to create a continuity of activity and knowledge that can be used as a basis for education and understanding for young people. Something that would bode well amid the confusion and obfuscation of the postmodern age