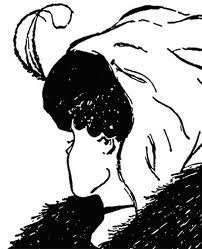 “One of the ways you control the way people think is by creating the illusion that there is a debate going on, but make sure that the debate stays within very narrow margins. Namely, you have to make sure that both sides in the debate accept certain assumptions, and those assumptions turn out to be the propaganda system. As long as everyone accepts the propaganda system then you can have a debate.” Noam Chomsky

An illusion is a distortion of the senses, revealing how the brain normally organizes and interprets sensory stimulation. While illusions distort reality, they are generally shared by most people. Wikipedia

What is known as the “official political system” is one of the biggest illusions of all. In as much as (politics meaning, how groups of people organise things democratically and purposefully for the benefit of most.)

How is it possible to create the illusion that multi millionaire politicians can represent the needs of the mass of people who struggle to pay their rent and keep a roof over their heads?

The breathtaking cost of the illusion (billions) is spent on getting the citizenry to love the oppressor and hate the oppressed. We are taught to fear the poor and love the rich – Loath those who through common struggle and unity could actually improve our situation and sometimes respect those who will do everything in their power to make sure it doesn’t happen.

Illusions may keep us entertained at the circus, but in the political circus they take on a much more sinister roll, in disconnecting the public from the political debate and from entering the political arena where most of the illusions are created. The biggest fear of the master illusionist is the none compliance of the victim/audience. Propaganda is the powerful tool of the illusionist. Common sense and a healthy appetite for the facts is the most powerful antidote to seeing through them.