Breaking The News With The RIFF RAFF

How do we flood the community with useful information to counter the ever expanding junk news outlets that have infested social media?

Check out the power of a union

CityStrolls-REPLAY: Glasgows finest turn out to protect the merchants of death, mounted cops the lot. Our council present an “arms fair” in a building that is part of the cities Common Good Fund. While those who suffer (the fall out of the weapons and bombs they deal in) who make it to this country – suffer even more through the ignorance and indifference of our administrators who would think this was ok and what happens and they are not be responsible for any of it.

If this crisis had taken place fifty or sixty years ago, we would have been totally at the mercy of the mass media, reading about it in newspapers or magazines or sitting in front of a radio or television passively absorbing whatever instructions and reassurances were broadcast by politicians or newscasters, with scarcely any opportunity to respond except perhaps to write a letter to the editor and hope that it got printed. Back then, governments could get away with things like the Gulf of Tonkin incident because it was months or years before the truth eventually got out. END_OF_DOCUMENT_TOKEN_TO_BE_REPLACED

Kelman on the Radio

Procurement and the science of exploitation 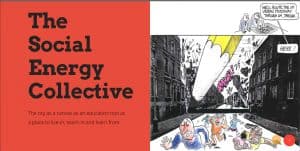