If you take a walk through the city center, what do you find? New hotels, pubs, sports gyms, shopping malls. Every street has major construction work going on. A small triangle of grass one day, a fence goes up the next. Within a month 70 luxury flats with hoarding’s exclaiming a new development, a four storey block of luxury apartments. 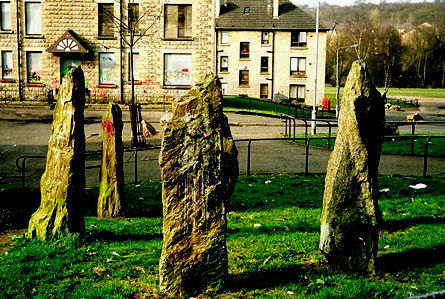 Glasgow city council’s The Magazine for the people of Glasgow boasts of “Glasgow’s new renaissance” its “global reputation for regeneration and job creation”. How “Glasgow is poised to be the new Berlin of the next decade.” and so on. On the other side of town we are informed “More than three-quarters of Scotland’s most deprived areas are in Glasgow”
The type of facts that don’t get much space in The magazine for the people of Glasgow. Anyway before I waste page “real-estate” here, if you go to the library, search the internet for Glasgow regeneration then Glasgow poverty and compare notes you’ll get the picture. The questions we must ask when considering redevelopment schemes are: Whom do they serve and who is paying? and Could the money be spent better on other things? Is the city designed to suit its citizens or are the citizens designed to suit the city?

The city doesn’t stand still, as recent developments would emphasize. But we must remember it’s people who shape cities, give them character, and make them unique. If people do not interact with the city and protect their investment, cities become generic vehicles for tourism, service industries, corporate hospitality and factory like consumerism. When your city loses its uniqueness it becomes like every other city. You are in competition with every other city. Glasgow, Manchester, Birmingham london and such like for corporate hospitality, conference centers and such like.

When you are in competition for the same business the first thing to suffer is wages as the only interest of business becomes who is coming to town not who lives here. Glasgow has stopped delving into the rich sources of the city for inspiration and vision of what the city could be, and is relying on a market strategy and such accolades as City of this and City of that.
Meanwhile this city has some of the most poverty stricken areas in Europe.
The promise is from the city council, that the profits of such overwhelming development and sale of the cities land will be spent on social inclusion. No! If people are excluded from the process in the beginning there is and will be no inclusion. To be part of the process you need to be involved from the beginning.