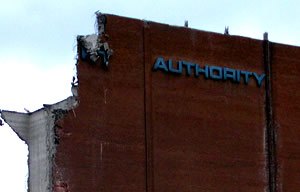 The structure of the ruling institutions have not changed in hundreds of years. Not all but most of the changes from below have been cultural.

While we are living in one of the most down trodden eras in the history of working people, where moral is at an all time low and yet at the same time – the potential to change things is massive. Yes we have poverty, maybe nothing like it was in the 30s or more recent periods of recession – The difference today is we are also living in a poverty of lack of vision – Should we ask. Why is this period of so much activity, mass rally, new age activism, and political discourse, resulting in so little achievement for ordinary people?
Are the overarching aims of the struggle – if there are any – aloof from ordinary people – and is it this failure to connect them to ordinary people that is preventing the widening of the movement for change? Have we become a culture of protest as a way of feeling better about things, and ourselves. Are we finding the movements place in us, rather than our place in the movement?

The expansion of identity politics over the last 30 or so years has been to the detriment of a common vision and has created the politics of the merry go round – destined to repeat itself – like the short term power struggles of party politics – offering everything but very little in the way of understanding of how things can be achieved on the ground.

There has never been a better time nor opportunity to organise in our communities. Never have the facts been so exposed and the consequences so obvious to those who will suffer most from the neoliberal policies that are all to prevalent throughout party politics.

The time is right for change but the change needs to be of the time. We do not have the mass industries to organise around, the redistribution of wealth does not effect how the wealth is created in the in the first place if it is still commodities. The change we need is a change in values, the replacement of growth with development. Being kind to the planet rather than ravishing it for spoils. The change of doing without things and giving up things.

But we need to understand that this change could be cathartic, it could lift the burden of ownership of all of the material distractions that seems to take up so much of our time and lives – both mentally and physically and open up more time to spend with each other and in creativity.

The authority of those who teach is often an obstacle to those who want to learn. Cicero