The Camel and the Worm – a Fable 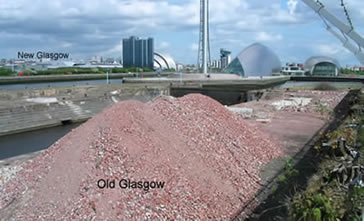 When is a building appropriate? Buildings, are very deceiving in this respect. Like the rows of consumer goods in the retail stores each is screaming for attention in an over commercialized market. Unfortunately it is more difficult and expensive to throw away a building occupied or used by people if it doesn’t work than it is to dump the CD player that looked cool in the shop a few month ago but now looks dated and skips tracks because the lid is broken.

We can apply analogies In trying to understand architecture we can become so bludgeoned by style gurus, experts and professionals that our senses become dulled to basic principals or practicalities. Anything outside of style can be degraded by developers who’s only criteria is production.

The camel is described as ugly, “an animal designed by a committee” This degrades an animal of beautiful design and function. From its broad feet designed to traverse moving sands to it’s capacity to store fuel and function in the most harsh conditions. Design decisions are better left in the hands of the professional rather than the committees representing users concerns. Lest we end up with a camel

The name worm, a creature that breaks down, aerates and enlivens the soil that produces our daily needs, is used as a term of verbal abuse, and is used for berating a person who doesn’t fit a specific opinion or conviction. When learning about architecture and communities, especially the new works, the definitions of CAMEL and WORM can be useful. CITY STROLLS will help Glasgow’s citizens to see these activities at work.