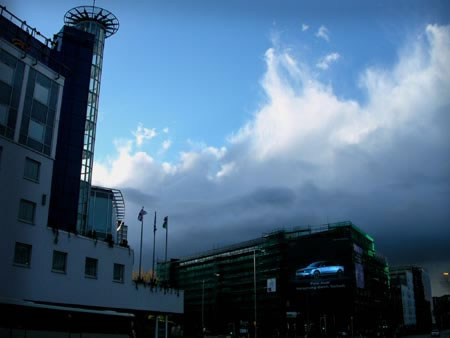 The other end of town, at James Morrison Street, the gentrifiers are at work hoping to knock down a Georgian tenement in order to build a 71 flat structure described by heritage groups as a “monolithic 70s throwback”. A spokesman for the architects, the award-winning practice behind the “monolith”, said the design had taken the setting into account and was praised by the Royal Fine Art Commission. He said “We have to build something that represents our time. This is going to be a good example of contemporary European housing,” adding “You always get people for and against new buildings. If you produce stuff no one comments on you might as well not bother”.(The Herald March 22 2002)

The above is a random example of what is going on all over the city. The rhetoric is always the same, the emphasis on “looks”, the architect as artist. The only problem is buildings, unlike paintings, do not fit under the bed when you get fed up looking at them. People have to live with, and in them. What is “a good example of European housing”? Who decides? The “Fine Art Commission”? What represents our time will represent our time no matter what it is, how it functions or what it looks like. So, to use the logic of the spokesman, if the public constantly comment that they dislike your buildings it is a good enough reason to keep building them? That is if anyone ever gets around to asking the public’s opinion.

CITY STROLLS wants to hear from you!