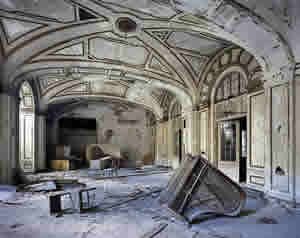 entertainment and enjoyment for the people of Glasgow and that’s what we wanted it to be.” (Pat Lally, former leader, Glasgow District Council)
“1990 was a year when an intellectually bankrupt and brutally undemocratic administration projected its mediocre image on to the city and ordered us to adore it.” (Michael Donelly, one- time assistant museum curator. Peoples Palace, Glasgow)

Culture is something through which we make sense of the world. The co-modification of culture as a business tool denies its greatest attribute to most, as a therapy and distraction from more harmful pursuits. Culture is a common good and should not be underestimated as a stabiliser of physical and mental well-being of a society. Deny people of their cultural life and you deny them a vehicle for their aspirations and their place in the world. Neoliberalism commodifies the therapeutic into a money value and destroys that which does not convert.

“In the light of the hard facts of life as it is lived by people at the bottom of the heap in Glasgow, it is difficult to see the ‘culture’ tag as being anything other than a sham accolade to help grease the wheels of capitalist enterprise and smooth the path for the politicians. It is little wonder working-class Glasgow remains unimpressed. There is widespread acceptance that it has nothing whatever to do with the working- or the workless-class poor of Glasgow but everything to do with big business and money: to pull in investment for inner-city developments which, in the obsessive drive to make the centre of the city attractive to tourists, can only work to the further disadvantage of the people in the poverty ghettoes on the outskirts.

The so-called Merchant City might be reborn but only for those and such as those: the well-heeled who serve and perpetuate the system and profit by the miseries and inequalities inherent in the system: the kind of people who now find themselves installed in central areas where the have-nots “who have not yet benefited from the Thatcher revolution” were long ago uprooted. The rest is just camouflage. Like the million pound spend annually maintaining security at the Burrell whilst housing-scheme squalor gets a pittance. Like the Regional Council laying out £62,000 to stone-clean the Talbot Centre’s exterior whilst the residents within still kip on the floor. That is your Culture City in a nutshell.” Farquhar McLay – Intro to “Workers City 1988”