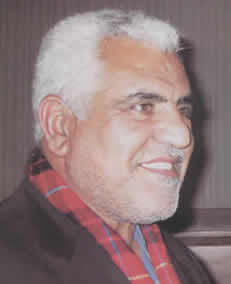 Graham Meldrum Memorial Campaign HARD WORK NEVER KILLED ANYONE..? announce the start of the Fatal Accident Inquiry (FAI) into the death of Graham Meldrum – 17th March at Glasgow Sheriff Court.
Vigil for workers Killed for Profit
8.45am- 9.45pm
Prior to the inquiry there will be a vigil outside the Sheriff Court for Graham and all other workers killed for profit. Organised by the Campaign we hope that TRUTH, JUSTICE, RESPONSIBILITY AND HUMANITY will be present at the F.A.I.
Fatal Accident Inquiry
10AM
The FAI will look into the circumstances of the death of Graham Meldrum and the manner in which the subsequent prosecution of some of the companies responsible was dealt with. Graham, 40 years of age, was killed in an incident at work on the 12th of July 2005 at Allied Bakeries on the Balmore Industrial estate in Glasgow. Graham was killed while unloading a bread delivery truck that had a faulty tail lift, leaving behind a grieving partner, children and elderly parents.
After a two years wait for action to be taken by the authorities Grahams family and friends took matters into their own hands and started proactively campaigning to have the companies responsible prosecuted. Following many letters, phone calls and a number of public demonstrations the case eventually came to court.
A series of trial dates were set at which the family attended only for them to be postponed for the convenience of the companies and to the further distress of the family. Eventually on 5th Nov 07 at Glasgow Sheriff court two companies, ABF Grains (Allied Bakeries) and TNT Logistics were eventually found guilty of various breaches of Health and Safety legislation in relation to Graham’s death. The two companies were fined a paltry £19500 and £14000 respectively. A third company, Suzyline, the agency for which Graham was a contract driver, escaped prosecution.
Karen Thomson, Grahams partner, said in advance of the FAI; “Two crimes have been committed here, first the criminal negligence of the companies that failed to ensure basic health and safety standards were in place which caused Grahams death, second the manner in which this and other such cases are dealt with by the police and the prosecution service. For the sake of other workers and their families we strongly hope that lessons will be learned.”Graham’s family like other families has been denied the right to closure with the unacceptably long
delays to bring this to a F.a.i. This comes in the wake of recents announcements by Kenny Macaskill, justice minister that a major overhall and investigation fronted by Lord Cullen will take place in the near furure.
Grahams partner, Karen, and family and friends will attend the FAI and invite members of the media to publicise the facts of this case and outcome of the FAI.
Paula Larkin
Development Worker
Document – International Human Rights Documentary Film Festival
tel: 00 44 141 357 4212
m: 07765396226
www.docfilmfest.org.uk
Document 6
Glasgow, October 2008