“The sums of money involved in the defense industry are huge. There is an understandable tendency for the average reader’s eyes to glaze over when scanning the billions and millions. One billion is one thousand million (1,000,000,000). To put that into context, the overall estimated cost of the UK Eurofighter programme is over£ I 6 billion (£16,000,000,000) at around £60 million (£60,000,000) per air- craft.

The cost of providing a typical district general hospital is around £90 million. To build and equip a normal comprehensive school for 1,000 children costs £9 million.

References are made to Gross Domestic Product (GDP) and Gross National Product (GNP). GDP is the total value of goods produced and services provided in a country in one year. GNP is GDP plus net income from abroad. These definitions are often referred to as ‘national income.’ Defense expenditure is sometimes given as a percentage of GDP (occasionally GNP) and indicates the pro- portion of a country’s income that is spent on military equipment, armed forces and support” 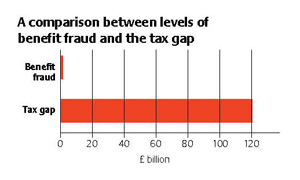 So while the government and the media fight dole fraud – the “activist” is left to deal with corporate crime?