The farmhouse building sits within LEGUP community garden in the

corner of Elder park at the end of govan road before the roundabout at the clyde tunnel. The building itself has lain derelict for 25 years or so and is in bad state of repair. It is a listed building and one of Govan’s oldest if not thee oldest.Common GoodThe Park, building and library were gifted to the people of Govan and are part of the cities common good The farmhouse project will work towards maintaining and creating awareness of the common good in the work we do.Lady Elder”The College was housed in North Park House on the banks of the River Kelvin, a splendid mansion which was purchased and gifted by the Glasgow philanthropist Mrs Isabella Elder. “http://www.universitystory.gla.ac.uk/women-background/

John Elder died in 1869. Isabella became sole owner of his business for 9 months, until it was transferred to a partnership led by her brother John Ure. Subsequently, she devoted her life to philanthropic projects in Govan and Glasgow. In 1883 Elder purchased 37 acres of ground near the Fairfield Shipyard, and had it laid out as a public park named the Elder Park in memory of her husband and her father-in-law David. The park opened to a great local fanfare in 1885, and for many years she paid for an annual fireworks display there. Also in 1885, she set up a School of Domestic Economy in Govan to teach young women how to prepare nutritious meals, darn, mend, starch, and perform other chores required in managing a household on a limited budget.

The land at Fairfield Farmhouse (as part of Govan) originally belonged to the Kingdom of the Britons of Strathclyde. By 1034, Govan and the Strathclyde area had been united (under Duncan 1) to the Scottish/Pictish kingdom of Alba to form what we today call Scotland. In 1136, Govan became a Prebend (associated church) of Glasgow Cathedral and king David 1 granted the area to the cathedral’s Archbishops who rented the land out to various tenants.
The first named occupiers of the Fairfield area were the Rowan family who leased it in 1520. During the early 1600s King James V1 of Scotland sold the land to the same family who retained control of it until 1720 when the Oswald’s bought it from John Rowen. The Oswald’s then adjoined it to their holding
of Shieldhall. 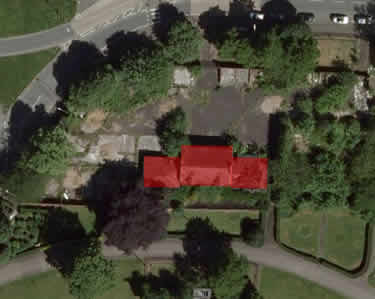 Simpson mentions that a Mr. Alex. Thomson rented Fairfield farmhouse and its steading in the early 1800s. Both Fairfield and Shieldhall were sold as one lot in 1837 to a Mr. Johnson, who was the MP for Kilmarnock.
Govan parish Map 1852

The earliest map on which the farmhouse appears (as part of a complex of buildings) is the Govan Parish Map of 1852 where it is entitled Fairfield Farm Steading.
The northern, riverside section of the Fairfield Estate was bought in 1864 by Randolph, Elder & Co., while the southern Elderpark side, which still contains the farm, was bought by Elder’s widow in 1883 as a gift to the people of Govan. It remains
so to this day.
See Simpson, A History of Govan, 1987, pp.8; 10; 11; 12; 15; 21; 33; 35, 64