Teen Vogue labor reporter Kim Kelly talks about writing about labor for glossy magazines, reporting on direct action, how unions should respond to the climate crisis, and why Teen Vogue needs a labor column

Los Angeles may seem a long way from Glasgow, but with a century of vibrant civil rights struggle against exclusionary housing policies and recent attempts to displace communities for boutique hotels and lofts, its current patterns of development may seem all too familiar. We would like to invite you to a launch of City of Segregation: 100 Years of Struggle for Housing in Los Angeles, where author Andrea Gibbons will explore some of the rich lessons from LA’s social movements and housing justice struggles against changing forms of exclusion, privatisation and gentrification. The talk will explore how race and class have historically come to underpin property values and definitions of community in the US, and how this continues to inform the intensifying efforts of business interests to push people from the city centre – yet LA’s residents refuse to move. This is a story of state-supported segregation, violent grassroots defense of white neighborhoods, police oppression, and growing political and economic inequalities. We must fight these racist ideologies for a different vision of housing, and justice at the soul of our cities.

The book is a product of both research and her seven year’s experience working as a tenant organizer in Central and South Central LA. Mike Davis has called City of Segregation ‘A Landmark Study’, and Junot Diaz calls it ‘Astute, passionate, radical, and utterly invaluable’. We hope you will join us for a discussion bringing it all back to Glasgow. 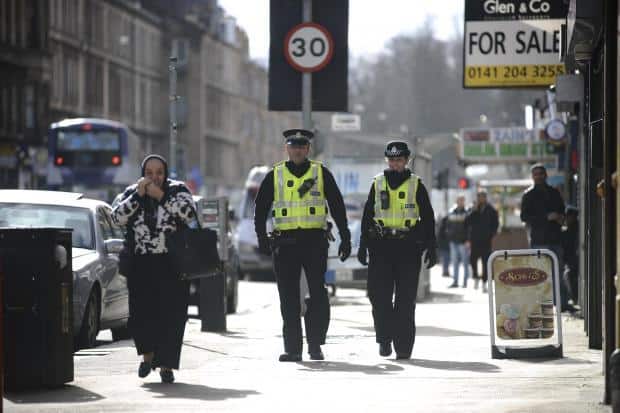 Capitalist money making factories like Govanhill generating wealth at the cost of the health of tenants who have a single focus of paying rent to keep a roof over their head at the cost of disengagement from public life and sustainability of their own lives.

These are the abstractions people are living within. There can be no creativity, innovation, sense of agency nor vision of a happy future when being forced to live under the yoke of indentured neoliberal policy. These processes under the neoliberal project become international.

The combined legacy of Reagan and Thatcher has a counter weight in the struggle of those who have been fighting the effects of their  “special relationship” for a long time. The same ‘special relationship” we see in Trump and May. Maybe time to renew our own special relationships with our brothers and sisters abroad in the Struggle for A Just Economy and in creating a wider solidarity.

Andrea Gibbons is a writer, academic and activist, Who has spent many years of activism in Los Angeles, London, Manchester and for a time in Glasgow, around housing campaigns and racism.

As well as her written work she is a full time activist, and has much to say about strategy and organising to win things. What has Glasgow to learn from L.A? Come along and find out. We will have the pleasure of her company and experience in a talk/workshop

‘I lived in Glasgow for a year. I was thinking a focus on the civil rights campaigns and housing struggle would be most useful, drawing out lessons for the UK.”

So the idea here is while we are being bombarded with junk news, fake news, propaganda or whatever we choses to call it, you would imagine all sorts of alternative media springing up all over the place. Well, there is. I look at it every day to see what is happening in the world. Unfortunately most of it is aimed at obsessives like myself, groups, activists, students, academics and such like.

But most ordinary people still rely on the tabloids, TV, and sites that are more orientated to what is wrong in the world and little about ideas to try to put it right.

So the proposition here is how do we engage communities in Glasgow to produce their own news outlet. An educational or learning process of mentoring and sharing of skills. Setting up a working class journalistic institution, built on the pragmatic questions that really need addressing, such as. How do we encourage more people to become engaged in activism and public life.

So we are putting the question up there. Is this already happening and we don’t know about it? So what are the possibilities of collaboration and interests on this?  Interested? Some ideas for structure