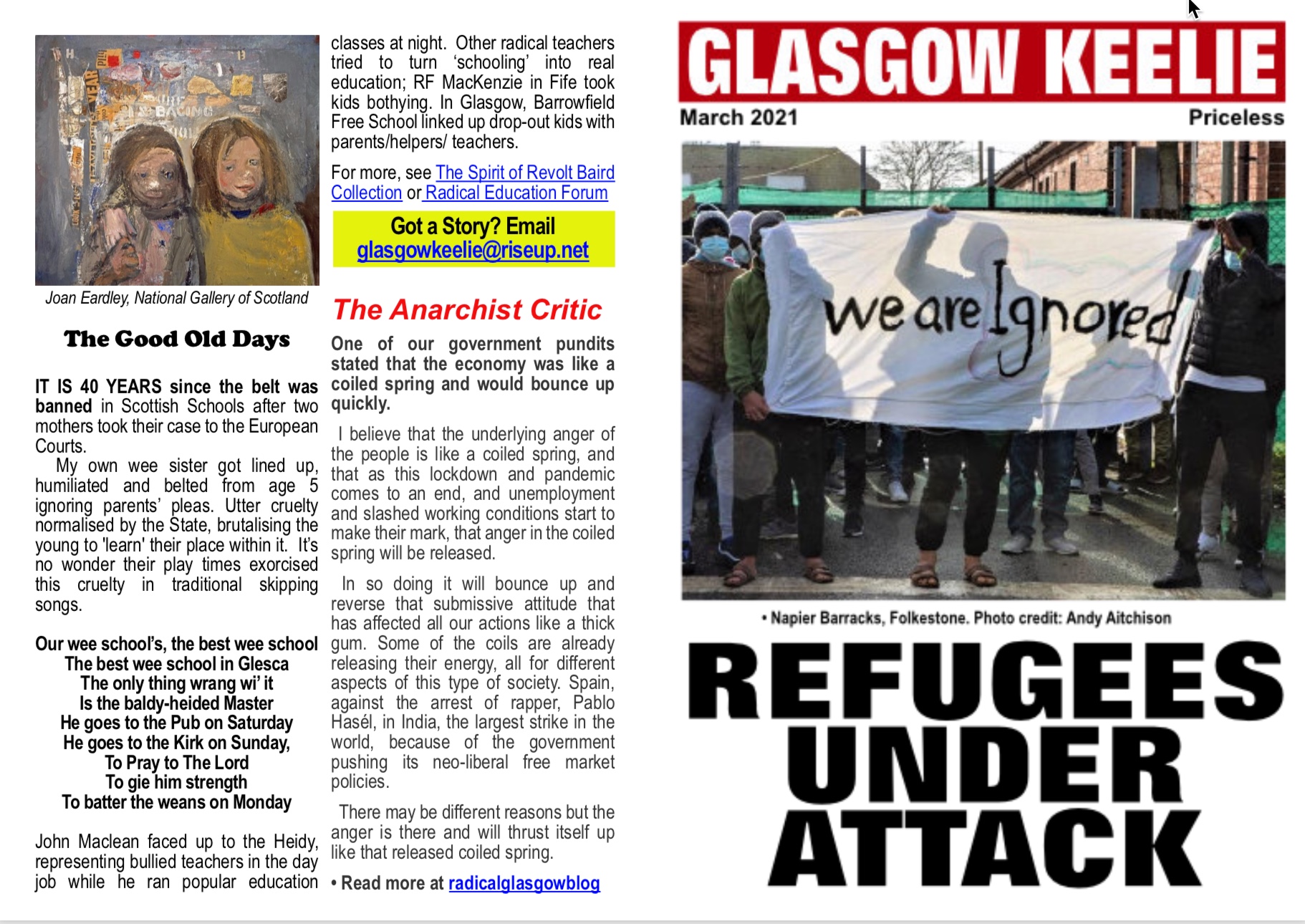 The place known as the valley in Maryhill was an area of council housing that was demolished and lay vacant for many years. At present it serves as a dynamic open space with an excellent views all round. The council have now decided, without consultation to sell it off for private development. We believe the site should be used for affordable social housing of which the city is badly in need off. This privatisation is part of a process being carried out all over the city, and accelerated during a pandemic in the rush to push these kinds of developments through. The “Still Game For The Valley” campaign was set up by Living Rent to challenge this proposal and to halt this sale of public land till proper consultation, and alternative plans can be heard.

More details an be found on Still Game For The Valley Facebook page. The following statements are from the recent vigil in the valley

James tells hist story of living in The Valley.

Zen Buddhist monk and celebrated author Dogo Sensei tells his story of growing up in the community and his return to Maryhill after years living abroad, and what this development means for him.

Emma tells her story of living in The Valley.