There are a ton of groups and individuals working on all sorts of projects out there. Do you ever wonder what they have in common? Are there coherent strands to this work, broader aims, coalitions, a bigger picture that directs any of this work?trigger more text

If there is: Do you think its a good idea that it is carried out on Facebook? How do you reach out to a whole section of the population who do not use or have access or no interest in Facebook? Do you think the expanding of the, not for profit industrial complex, is helping to maintain the status quo? Do you think the Universal basic income might be something that could help free up the minds of those at the bottom rungs of society to allow them to be more innovative in building solutions and understanding of their own problems?

Have you ever wondered: Why most people who go under the term activist, are always to busy, and that many ordinary folk are sitting at home wondering what they should do? Is representative democracy working? What are we winning by it? Do you think we are obsessed with what technology can do and forgotten what it can’t do? Why we are informed and equate through the news, the plight of the poor, the asylum seeker, the mentally ill, the destitute, the unemployed, and never meet them? 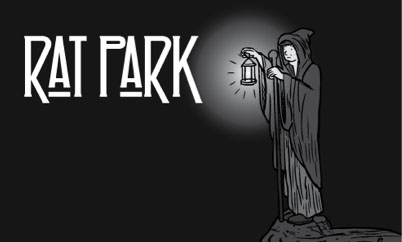 The Power of Addiction and The Addiction of Power: Gabor Maté


‘The Precariat’ – a growing number of people across the world living and working precariously, usually in a series of short-term jobs, without recourse to stable occupational identities or careers, stable social protection or protective regulations relevant to them. They include migrants, but also locals. Standing argues that this class of people could produce new instabilities in society. They are increasingly frustrated and dangerous because they have no voice, and hence they are vulnerable to the siren calls of extreme political parties. He outlines a new kind of good society, with more people actively involved in civil society and the precariat re-engaged.

An ideology of that’s basic principals are. Your right to survive is based only on your ability to survive market forces. And. Everything for us (the rich) and nothing for them (the poor)

People who are raised in the industrial world and who get enthused about systems thinking are likely to make a terrible mistake. They are likely to assume that here, in systems analysis, in interconnection and complication, in the power of the computer, here at last, is the key to prediction and control. This mistake is likely because the mindset of the industrial world assumes that there is a key to prediction and control.

Most of us have a network of peers who do the same kind of work we do. Organizers know other organizers, teachers other teachers, non-profit directors other directors — you get the idea.
Sometimes its only those people who have walked more than a mile in our shoes whose opinion and ideas are the stuff we need to help us figure things out.